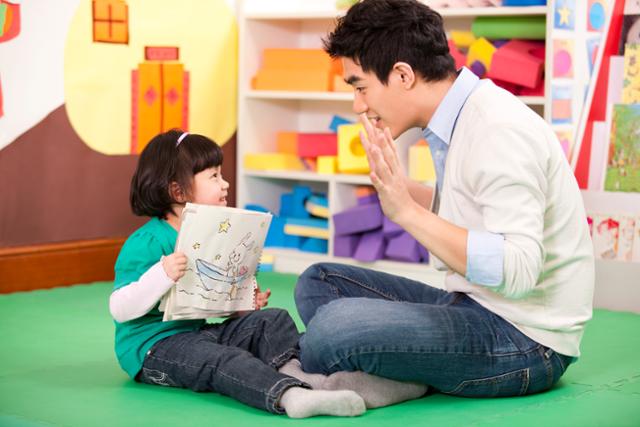 'Borderline intelligence,' on the borderline between disabled and non-disabled

A 'blind spot of welfare' for abused children

Recently, ‘Extraordinary Attorney Woo,’ a TV series starring a lawyer with autism spectrum disorder, has become a big hit. After watching this drama, Senior Manager Park of Smilegate, a game company, said that it reminded him of 'his child from the heart’. Mr. Park explained: "Jiwon (false name, age 13), a ‘child with borderline intelligence’ that I have been sponsoring for five years, is similar to the main character Woo Young-woo in the way he walks and talks.” Smiling, he added, “Can you believe that a child with intellectual disability, who once only knew how to say, ‘I don’t know’ and ‘Dad,’ can now memorize two pages of English text, just like Woo Young-woo?”

Children with borderline intelligence are more easily exposed to abuse and neglect. 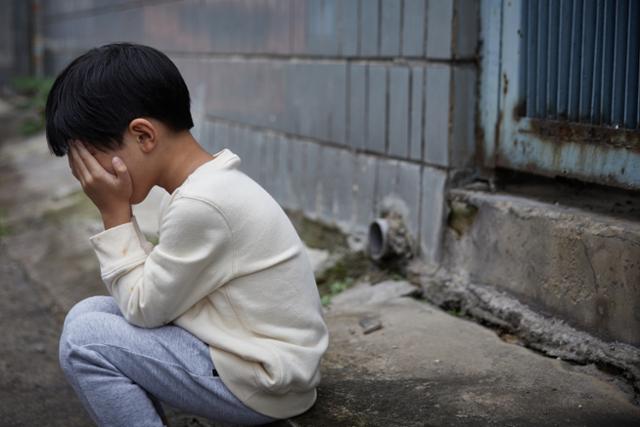 We met Mr. Wan-gyu Pyo, director of Seongnam’s Little House of Love in Seongnam-si, Gyeonggi-do, on August 23. He is raising children who have been separated from their parents due to abuse or neglect. Currently, six children live with Director Pyo, his wife, and three social workers. The children here are disabled. They have borderline intelligence, which means an intellectual level that lies between disabled and non-disabled (IQ 71-85).

When Pyo became the director of the children's living facility in 1999, following the International Monetary Fund (IMF) financial crisis, children who did not have sufficient food, clothing, and shelter, or who ran away from home, were not under protection of their family. However, in the last 10 years, he said, more children with disabilities or borderline intelligence are entering group homes.

Director Pyo said, “It is common for the parents (of children in group homes) to also have a disability, or to be unmarried and have given birth in social and economic instability." He added, "Without adequate care, deficiencies experienced in infancy can slow intellectual and social development and put children on the borderline between normal and abnormal. We may be able to solve issues regarding food, clothing, and shelter, but you can see that disabilities and poverty are passed down from generation to generation."

They can’t get support as they are not disabled, and the situation only gets worse with no parents. 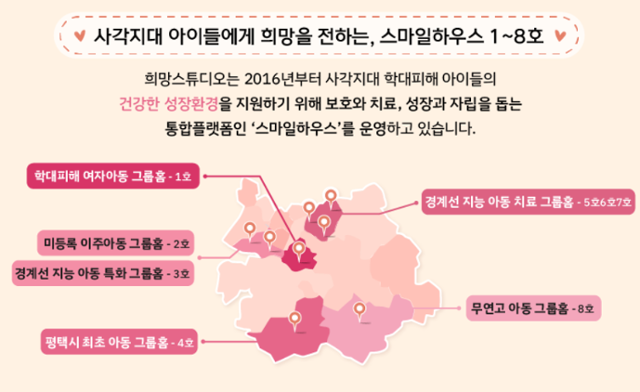 Smilehouse No. 1 to No. 8, supporting abused children in blind spots

Smilegate, the game company, began visiting children’s living facilities in the Gyeonggi-do region starting in 2016. Hope Studio, the Smilegate social contribution foundation, focused on ‘children in the blind spots of welfare’ as the most urgent social problem. Children who need to be separated from their parents due to abuse or neglect are taken away to private facilities. The reason is that there are no government-operated childcare facilities (orphanages, group homes, etc.) for children who have left their homes.

Importantly, children with borderline intelligence can improve their cognitive capabilities with adequate therapy, but there is insufficient support. This is because they are not classified as the disabled. Manager Kwon said, " When I calculated the funding from the government, there was about 10,000 won per child after the provided food, clothing, and shelter. Self-development, treatment of intellectual disability, and cultural activities are out of the question."

Hope Studio frequently visited Seongnam’s Little House of Love, where many children with borderline intelligence live, and asked what they needed most. The answers were ① infrastructure for psychological counseling and cognitive therapy, and ② bonding with nice adults. Director Pyo said, "Although such support is essential, it is not easy for private companies to provide, as it is not clearly visible.” However, Smilegate decided to provide that support, since it’s what they needed. 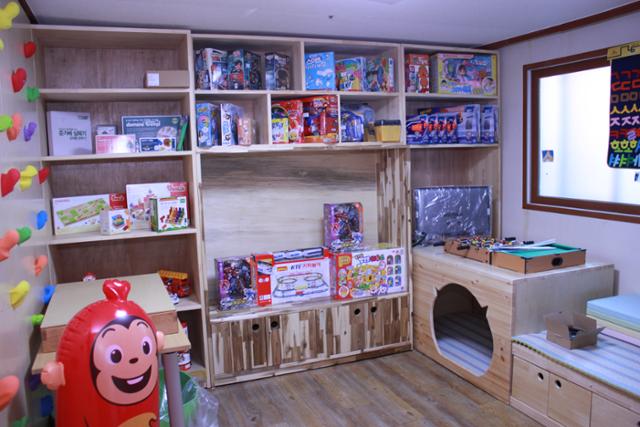 That is how, with the support of Smilegate, a room identical to a hospital’s play therapy room was created on the second floor of the Seongnam’s Little House of Love. An environment with various psychological counseling treatments such as sand play therapy, music therapy, and art therapy has been brought into the home.

Director Pyo said, "Before, I had to spend three or four days to visit the hospital, and it was difficult l because I didn't know what would happen during the trip." It could be dangerous when children suddenly began behaving differently in response to various stimuli they were exposed to while traveling long distances. He said, "The quality of counseling and treatment has also improved, even as the burden of moving has been reduced.” He added, “We were able to continue therapy even during the COVID-19 proliferation.” 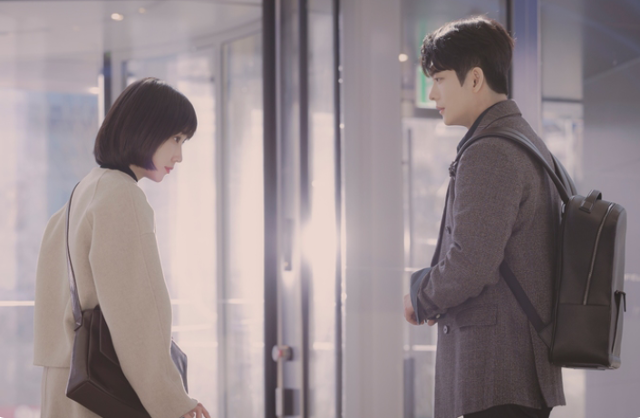 In the TV series ‘Extraordinary Attorney Woo,’ Woo Young-woo has difficulty going through revolving doors due to autism spectrum disorder .

The emotional and psychological state of children in group homes has improved because the needs of the children have been met through the support of Smilegate. When Smilegate and a professional psychological counseling agency analyzed the psychological cognitive ability test results of group home children, they found that their self-esteem and resilience had improved by 14% and 20%, respectively, with a decrease of 50% in violence, 50% in depression and 36% in anxiety following Smilegate's psychological and emotional support project. In particular, the cognitive abilities of children with borderline intelligence improved significantly, from an average of 2.5 points (10-point scale) to a normal level of 4.75 points.

Min-jun (false name, age 14), who lives in Smilehouse No. 5, had previously lived with his single father in a greenhouse eating only ramen noodles. He came to the group home due to his father's neglect at the age of four. At first, the only words he could say were ‘I don’t know’ and ‘Dad.’ After going through regular psychological and cognitive therapy, his ADHD symptoms and intellectual disability improved to a normal level. Director Pyo said, “Although it may take a long time, appropriate psychological and cognitive therapy along with sincere care can help the children enter a normal range.”

This is also supported by the 'Results of the Education in Child Welfare Facilities and Security Projects' announced in 2020 by the Seoul Metropolitan Government. When customized education was provided to children with borderline intelligence who had been living in child welfare facilities for three years, 52.7% of 74 children improved their cognitive abilities and social skills, while 36.5% of children showed improvement in one of the two areas.

Meeting nice adults give them a dream and will for self-reliance. 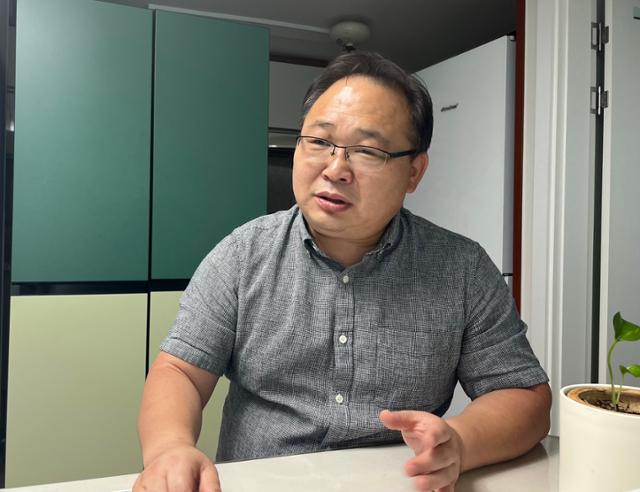 August 23, Director Wan-gyu Pyo of Seongnam’s Little House of Love in Seongnam-si, Gyeonggi-do is doing an interview with Hankook Ilbo.

Hope Studio plays the role of a CSR platform, and connects Smilegate’s Smilehouse with the company’s employees. Mentoring with the employees of a game company is a good opportunity for boys in middle and high school to meet a ‘nice role model.’

Every two months, Smilegate employees and the children of Smilehouse meet to share a cultural experience and a meal. It may seem as if they only talk about games for three or four hours, but in Director Pyo’s opinion, it is a valuable experience that gives these children with no home 'a dream and the will to for independence.'

Director Pyo said, “Even if the government provides rented houses and living expenses for children with intellectual disabilities after they become adults, it is difficult for them to become self-reliant if they do not have the will for independence.” He added, "Being with a nice adult is enough to motivate the children.”

Junho (false name, 17), who lives in Smilehouse No. 5, is attending a specialized high school so he can join a game company. When 'the game company uncles’ come to visit, they check his coding homework and spend time with him. Junho said, “My dream is to study hard and join Smilegate, where my uncles work.”

Employees said that the volunteer work is 'fun,' like a game, as well as meaningful and rewarding. Manger Kwon said, “(the employees) created ‘alternate characters, where one person acts as various different characters,’ and were given donation badges, which made them participate happily.” He explained that incorporating game elements created a culture of social contribution that employees and users wanted to participate in.

The comments and badges from Smilegate employees after participating in donations. 1,805% of the target amount was achieved from Smilehouse fundraising in 2021.

Captured from the homepage

Earlier this month, 40 Smilegate employees delivered crops grown in their rooftop gardens to Smilehouse as an extension of this donation culture. A-in Kwak, team leader of Smilegate Megaport, proposed the idea, and said, "Some team members have a 1:1 support program with a child at Smilehouse, and I have often seen company employees visit Smilehouse for mentoring." She explained, "We felt as if we were buying nice food for our nephews and nieces, and sent some pocket money for a barbecue party with vegetables such as lettuce and corn that we grew ourselves."

From children with borderline intelligence to unregistered immigrant children 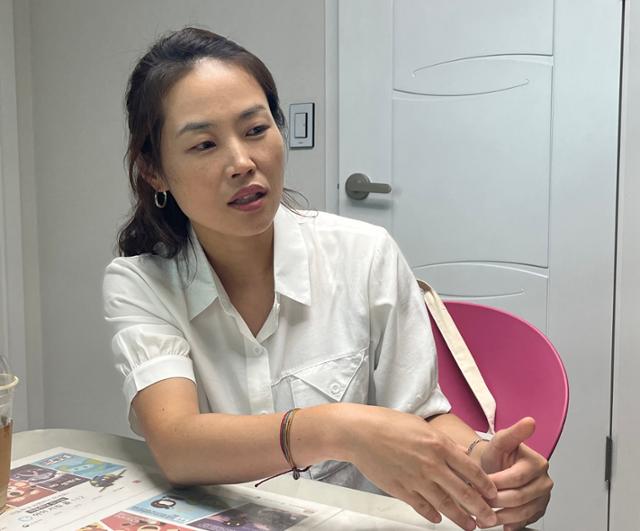 Smilegate is also supporting a Smilehouse for ‘unregistered immigrant children,’ who were in another welfare blind spot just like the children with borderline intelligence. Smilehouse No. 2, located in Ansan, Gyeonggi, is the first group home in Korea built for unregistered immigrant children. Since 2016, Smilegate has been supporting eight group homes and many children in welfare blind spots.

Manager Yeonjoo Kwon said, “Although those children were also victims of abuse and neglect, the problem was that there were no group homes for unregistered immigrant children, although they were in a region with a high population of foreign workers.” Unregistered immigrant children were born in Korea to immigrant parents, but they were registered as foreigners or not at all, and it is difficult for them to receive education or health benefits from the government or to enter private living facilities.

Manger Kwon said, "Since the foundation of Smilegate in 2002, it has received a lot of help from society in the process of growth, from startup support to the current day. We will perform CSR activities consistently to solve social problems in a sincere, innovative way.”