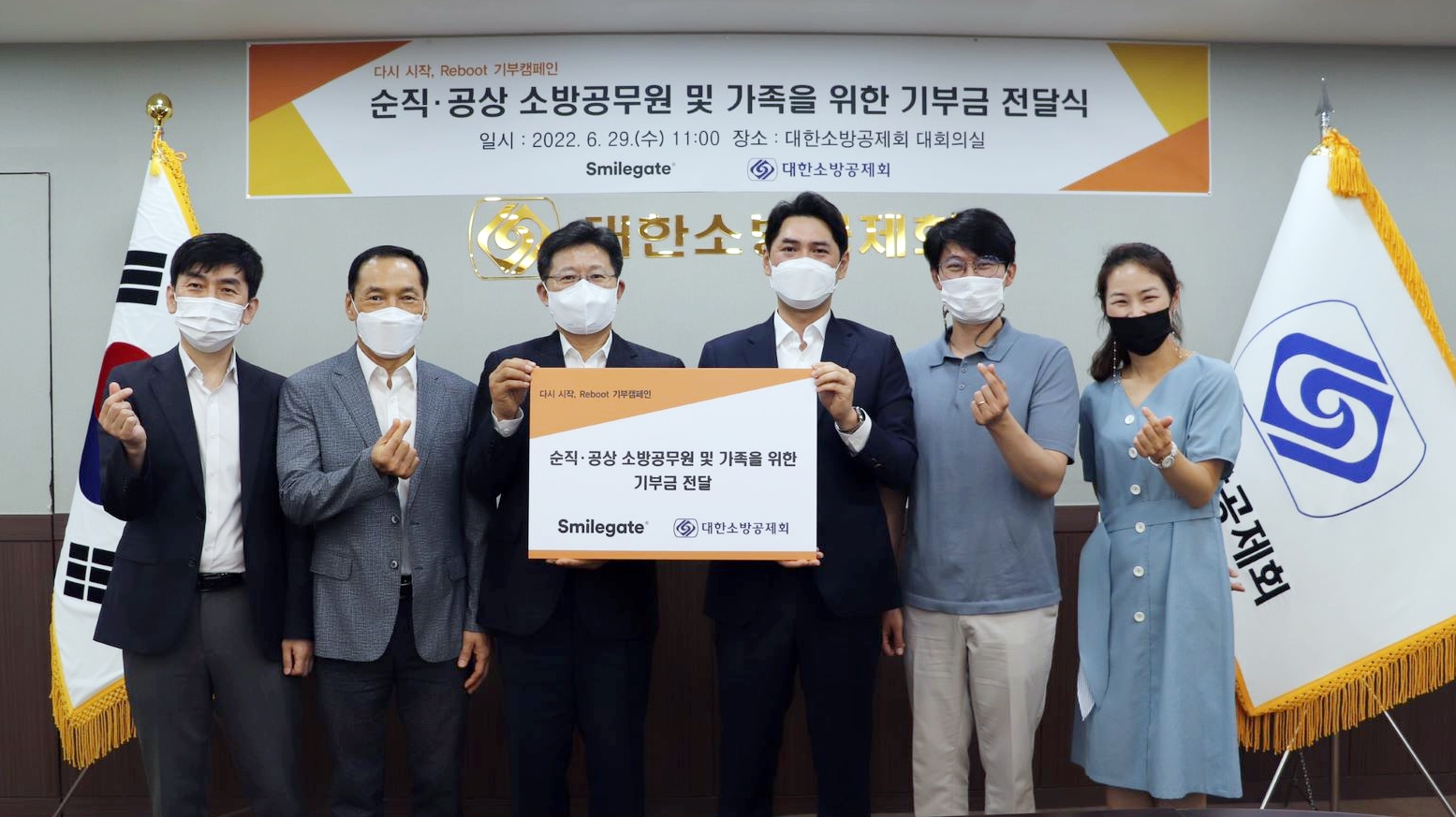 At the donation delivery ceremony, a donation of KRW 313 million from the campaign, which involved Smilegate RPG, Smilegate Megaport, and game users, was delivered. The Korea Fire-Fighting Mutual Aid Association will use the donations to provide livelihood/medical care/tuition aid to the children and families of firemen who are died/injured in line of duty up until 2024. Furthermore, the association is planning to provide cultural and leisure therapy programs for firemen suffering from post-traumatic stress disorder (PTSD) to help with their mental recovery.

Korea Fire-Fighting Mutual Aid Association Board Director Hyeong-cheol Lee stated, “We are truly grateful to Smilegate for launching this goodwill campaign to support the firemen who died or were injured in the line of duty and their families while also contributing to the national economy through their success in the gaming industry.” He added, “We are especially grateful to the many game users out there who took notice of the families of these firemen and we will use these donations for a good cause.”

Smilegate Hope Studio General Manager Yeon-ju Kwon stated, “We are happy to contribute to the recovery of our society through the voluntary donations from our users. We hope that this campaign can spread the influence of good will throughout our society.” He added, “We will continue to spread the culture of contributing to our society with our users.”

This donation delivery ceremony was held as a part of the social community recovery campaign ‘Start Again, Reboot,’ which was launched by Hope Studio back in April. ‘Start Again, Reboot’ is a donation campaign that was organized to provide aid to local communities suffering from the east coast wildfire back in March, and it consists of the following: ▲Support for the families of firemen who died in the line of duty, ▲ Support for the restoration of forests damaged by the wildfires, ▲Reconstruction of the residential environment for displaced victims.