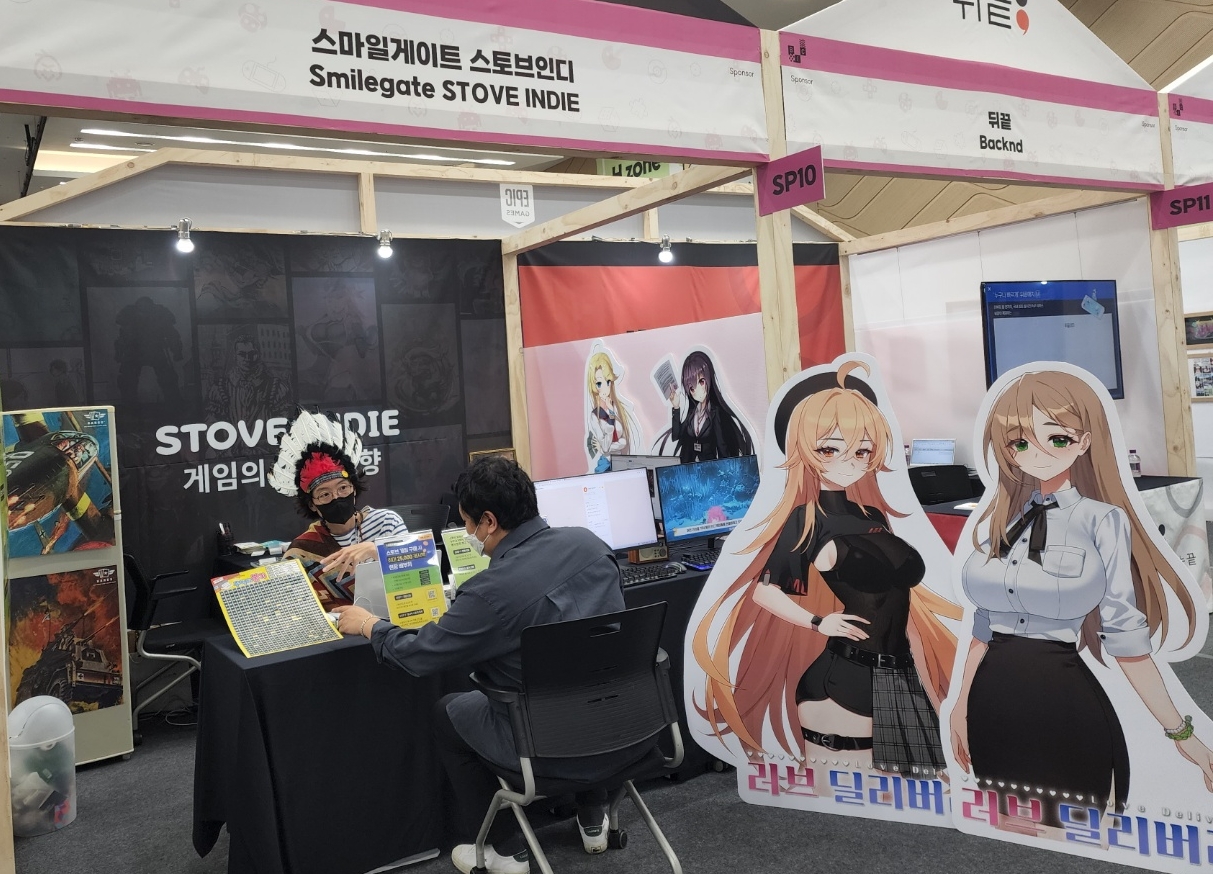 The offline event for Korea’s largest indie game festival, the Busan Indie Connect (BIC) Festival 2022, hosted by the BIC Organizing Committee and sponsored by Smilegate STOVE (CEO Young-woon Han), has opened to great success. The festival includes various original games and new events to deliver a different kind of entertainment to indie game fans in both Korea and around the world.

Smilegate STOVE’s indie game platform STOVE Indie will be operating a booth at the BIC Festival, which is being held at Busan Port’s International Exhibition & Convention Center (BPEX) from September 1 (Thu) until September 4 (Sun). BIC, first held in 2015, is the largest indie game event in Korea and it has established itself as an iconic indie game show with 811 exhibit displays and more than 200,000 total visitors. It has been instrumental in the success of many indie games that have been both entertaining and popular, such as ‘Enter the Gungone,’ ‘Rhythm Doctor,’ ‘Skull,’ and Teamfight Manager.’ This year, there will be over 130 unique indie games in the exhibition.

One of the characteristics of BIC 2022 is that Smilegate’s effort to build an indie game ecosystem has finally started to pay off this year. Smilegate continues to provide sincere aid to creators thanks to the determination of Chairman of the Board Hyuk-bin Kwon, and as a result, 31% of BIC participants, or 40 companies, have had a direct or indirect relationships with Smilegate through participation in its indie game developer aid program.

SGM is a major creator support program from Smilegate Future Lab that provides aid for creators to challenge themselves and grow through the process of game development, while Orange Planet provides development space at each of its regional centers along with other necessities in the development phase, such as connecting developers with investors. Meanwhile, STOVE Indie provides direct aid for games scheduled for launch through the operation of dedicated programs for user feedback, promotion support, etc. The top selling indie game on Steam, ‘Ratropolis,’ was developed by Cassel Games, which was once under the SGM program, while ‘THE BRICKS’ (SGM Round 12), which has garnered attention as an impactful game for suicide prevention, has previously took part in a user feedback program and donation promotion with STOVE Indie.

STOVE Indie, a sponsor of BIC and Korea’s only dedicated indie game platform, has set up a booth at the BIC 2022 Festival offline event hall to contribute to the joyful atmosphere, and various events are being held at the booth to welcome visitors. As the only game-developer-operated platform in Korea that has obtained qualifications as an independent game rating institution to support the official distribution of indie games and expand points of contact between users and developers, STOVE Indie hopes to create wonderful memories with users and promote indie games to the public at large.

In addition, STOVE Indie will host a giveaway draw event for 2,080 booth visitors where every visitor will be given a prize. Any member of STOVE Indie can visit the booth and provide verification of membership to participate in this event free of charge. All participants are guaranteed prizes, which include Xbox controllers, Naver Pay gift cards, and much more. People who visit the booth will also be awarded a random coupon for a 10%, 20%, or 20,000 won discount. These coupons can be used when purchasing games on the STOVE Indie platform. For users who can’t participate in BIC in person, there will be a giveaway event online in the STOVE Indie community, giving users a chance to win booth prizes or free game coupons.

On the STOVE Indie platform, users can enjoy an even deeper gameplay experience for the games displayed at BIC. Fifteen games from the exhibition will be available, including ‘Dark Creature,’ ‘Monad Winter II,’ ‘Before the Night,’ ‘Shutter Nyang,’ ’30 Days Another,’ ‘Nightmare: The Lunatic,’ and ‘Mungyeong Saejae.’ Users can enjoy various genres, including action, rogue-like, mystery, RPG, adventure, shooting, puzzle, etc.

CEO of Smilegate STOVE Young-woon Han stated, “There is a very positive synergy effect being generated here with cooperation between companies and organizations striving to give a boost to indie games and creative activities.” He continued, “STOVE Indie will continue to provide full-scale support for indie games and work towards building a healthy game ecosystem in the future.”